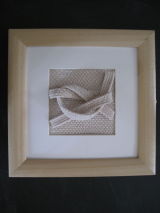 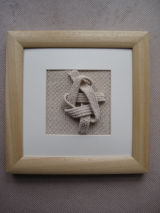 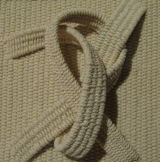 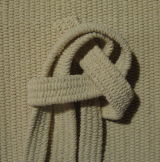 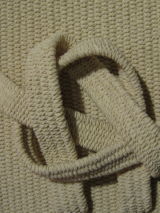 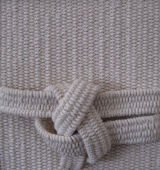 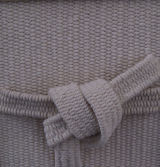 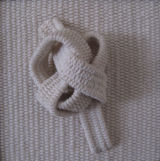 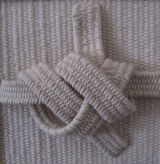 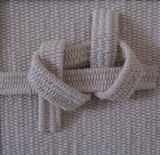 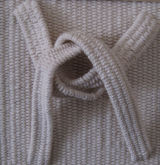 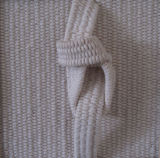 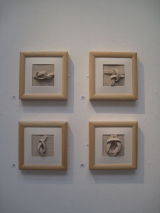 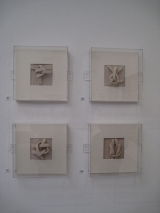 The shapes of knots and the shadows that they cast enable me to produce an unusual kind of simple sculpture in three dimensions.

Both the knot itself and its background are woven in natural stone-coloured warp thread.

I first wove 25 different knots taken from the classic handbook, The Ashley Book of Knots, for display in my own sitting room.

Since then I have produced others for various exhibitions and for special commissions. For example,
I used the same technique to weave interlocking initials in three dimensions for a friend’s son’s wedding anniversary.

As an alternative to framing, knots can be displayed in perspex boxes. This protects them from dust but reduces the shadow effects.

Note: The Ashley Book of Knots depicts another 3870 knots I haven’t woven yet…